The Agon Concept Tag has been selected to go into five flagship stores, all selling highly desirable clothing, across the UK. Trials are also set to start in France where a store will receive the Agon Concept Tag treatment to deal with high levels of shoplifting and criminal activity. 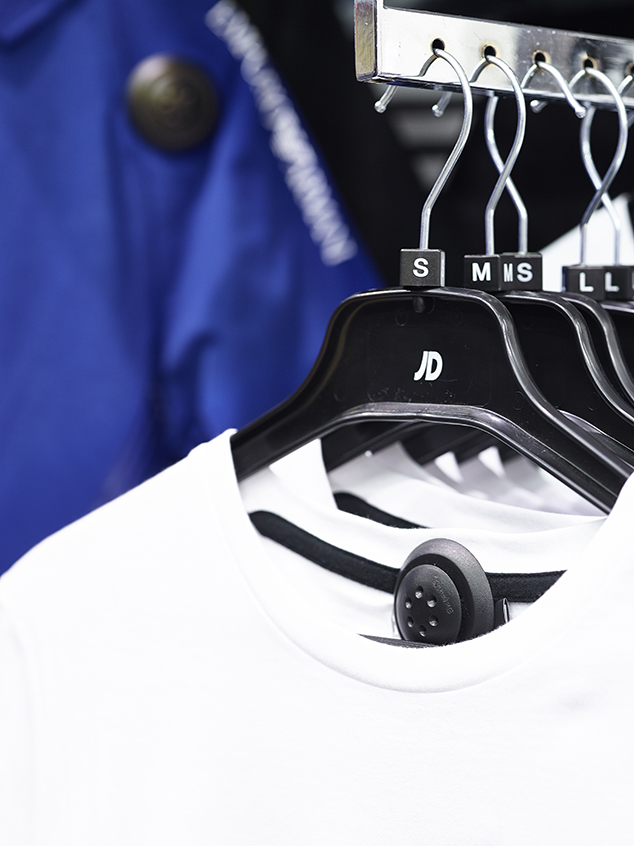 The new UK stores are being rolled out in London’s Oxford Street, Newcastle and Glasgow. The Agon Tags are also being introduced at existing flagship stores in Manchester’s Trafford Centre and Birmingham’s famous Bull Ring. The stores owners, J D Sports Fashion Plc, have collaborated with Agon Systems to produce what they believe to be an unbeatable EAS solution.

The Agon Concept Tag is the product of six years of R&D to solve the problem of EAS tag removal by criminals, who it is widely recognised can easily acquire the detachers online for a small sum and then use them for illicit tag removal and theft. Additionally shoplifters have found various ways to remove current tags even without a detacher.

In April of this year, Tony Sales former criminal mastermind, told an audience of LP executives at a major London conference that, after weeks of trying, he was unable to find a practical way to illicitly remove an Agon Tag from clothing without rendering the garment worthless. He went on to say that “criminals will quickly realise that it was pointless trying to steal from store with the Agon Tag, because even if you get the clothing out of the building, you can’t remove it without destroying the garment. So it is easier to simply hit stores not using the system.”

Sales’ comments are echoed by Edwards’ experience in-store. “In initial trials we found that use of the tag displaced crime to a JD store that did not have it. So we are able to see how very effective the Agon Concept Tag is at deterring shoplifters, which is why we are using it in our high profile stores,” said Edwards.

Sean Welch, MD at Agon Systems commented, “We are delighted that our tag is being used to supersede other, previously popular EAS systems as it becomes increasingly widely recognised that the old style EAS simply does not work anymore.” However, Welch acknowledges that there is still much to do educating the LP market. “I do still get frustrated when people say that they don’t want the tag because it does not fit their current detachers. After all that is the whole point! However, as crime migrates from stores using the Agon Tag to stores using old EAS I think people will finally get the point!”