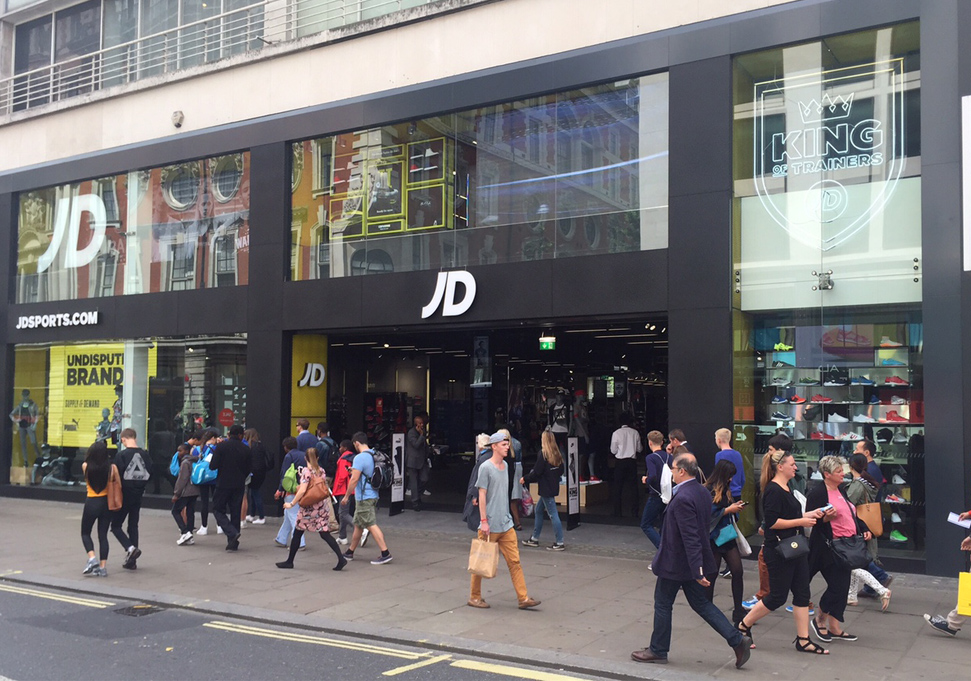 In response to the omnipresent threat posed by thieves, JD elected to fit their flagship store with the new Agon Concept Tag in preference to any other “traditional” EAS tagging system. And now, it seems, that decision has paid off because after eight weeks and 400,000 shoppers, there has been no evidence of even one of the 65,000 Agon Concept Tags supplied being illicitly removed at the Oxford Street store!

Tim Edwards Group Loss Control Director for JD commented, “Frankly this is an amazing turnaround. We have used EAS tagging for many years throughout our 800 stores. The increasingly high incidence of illicit tag removal is what drove us to work with Agon for a better solution in the first place. The Agon Concept Tag is surpassing all expectations.”

JD has been working with EAS manufacturer Agon Systems for almost two years now to help perfect the Agon Concept Tag, which has been shown to reduce theft and displace crime. Just six months ago the Tag was pronounced “unbeatable” by Tony Sales, the man formerly known as Britain’s Greatest Fraudster after weeks of “no holds barred” destructive testing. More recently the Agon Concept Tag made headlines having been chosen for installation in a number of high profile stores where the potential for illicit tag removal was considered particularly high; including JD’s new Oxford Street store.

Sean Welch, MD of Agon Systems said “We are delighted that the Tag is performing so well, but then after the many years of work spent developing it, together with the most rigorous testing that any EAS tag has ever been exposed to, we had every confidence that it would.

Of course, like any other tag the Agon Concept Tag can only go so far in preventing thieves from stealing clothing with a tag still attached. The big difference with our Tag is that even away from the store it still cannot be removed without destroying the garment and rendering it worthless. So as word spreads throughout the criminal community the Agon Concept Tag will become an ever greater deterrent.”

However, the Tag may be a cause for concern amongst some retailers, as it tends to displace crime from stores using it to those that are not. As a consequence it is very important that retailers assess the relevance of this technology to their businesses.