EAS Tags have been one of the key weapons at retailers’ disposal in the ongoing battle against shoplifting for over 50 years. In this post, we take a look back at the key milestones in their development, and how manufacturers have had to keep one step ahead of the shoplifters. 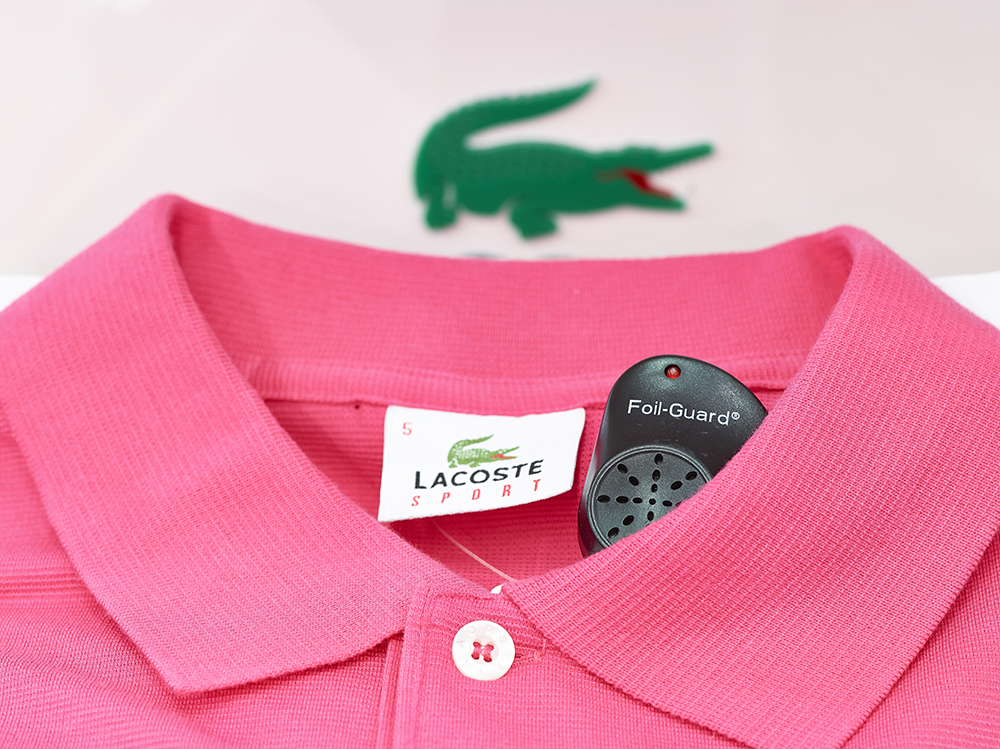 Ronald Assaf’s frustration with shoplifters came to a head the day he watched a man slip two bottles of wine under his shirt and run out of an Akron, Ohio, supermarket. Assaf, the store manager, sprinted out the door in pursuit of the thief. Unable to catch the man and unsure what he would have done if he had caught him, Assaf returned to the store. He commented that anyone who could figure out a way to deter such thieves would make a fortune.

One of those who heard his remark was his cousin, Jack Welch. Welch was already working on electronic tagging of products, and he took up Assaf’s challenge. Several weeks later, Welch returned to the store with a 2 ft (61 cm) square of cardboard with a large foil tag taped to it, along with some bulky boxes filled with electronic components he had assembled in his garage. He showed Assaf how an alarm would sound if someone tried to carry the tag out the door between the boxes.

The very first EAS system that was based on Radio Frequency (RF) technology was designed by Arthur Minasy, the founder of “Knogo”.

Electro-Magnetic systems developed on the basis of the need for an EAS tag in the form of a very small label and were sold extensively in European super and hypermarket stores.

A very common way to defeat even active EAS tags is by constructing a foil-lined so-called booster bag into which tagged items can be put and be shielded from the security panels in the detector antennas at the store exit by the bag’s conductive foil lining.

When the item is placed inside the booster bag (which is effectively a Faraday cage) the bag provides electromagnetic shielding, with the result that electronic security tags inside the bag aren’t detected by security panels in the detector antennas at the store exit.

However, add-on metal detector systems are used in some stores with EAS systems which sense metallic surfaces and these are used to deter the use of booster bags.

Acouso-magnetic technology is developed to overcome certain limitations of the swept-RF devices. These systems operate with low frequency radio waves that are not blocked by metal foil wrappings.

Ink tags are developed by a company called Colour Tag and presented to the industry at a trade show in Europe. Spawned by bank dye packs, Colour Tag developed a “dye pack” to protect clothing from thieves. The original tags were heavy, large, and expensive, costing about $6 each. Unfortunately, they were actually too well engineered and were difficult to break with force, but easy to defeat with common implements, such as a paper clip.

By 1986, Sensormatic recognized the need for a single EAS platform that answered many of the retail challenges across many vertical markets. In a joint venture with Allied Signal Corporation, Sensormatic developed the AM technology branded UltraMax that came to market in 1988 after Sensormatic bought the exclusive rights to the technology.

Shoplifters will commonly use a flat-headed screwdriver to apply enough pressure to EAS Tags to force the pins apart, allowing the tag to be discarded, usually on the floor of changing rooms. Over time, EAS tags have improved and require more physical strength to disable by force.

Security Tag (later to be acquired by Sensormatic) introduces its first benefit denial product, Inktag 1, in the summer of 1991. Over the next 3 years, Security Tag introduced second- and third-generation ink tags and products designed to mate with EAS tags.

Efforts to develop security products for apparel that would be suitable for source tagging (i.e. added during the manufacture or packaging process) started.

For the retailer, source tagging eliminates the labour expense needed to apply the EAS tags themselves, and reduces the time between receipt of merchandise and when the merchandise is ready for sale.

For the supplier, the main benefit is the preservation of the aesthetics of the retail packaging by easing the EAS tags within product packaging. The source tagging process allows the EAS tags to be concealed and become more difficult to remove.

The term “benefit denial” is coined. The radical idea behind benefit denial is to provide physical protection that would destroy an item instead of allowing thieves to get any economic benefit from it.

Some shoplifters may employ jammer devices to prevent EAS tags from triggering, or magnets to remove the tags. Often stores will employ technology to detect jammers and magnets.

Like most systems that rely on transmission of electromagnetic signals through a hostile medium, EAS sensors can be rendered inoperative by jamming. As the signals from EAS tags are very low-power (their cross-section is small, and the exits are wide), jamming requires little power.

Evidently, shoplifters will not feel the need to follow radio transmission regulations; hence crude, easy-to-build transmitters are adequate for them. However, due to their high frequency of operation, building a jammer can be difficult for microwave circuits; these systems are therefore less likely to be jammed.

“Tag Pollution” occurs where a customer is leaving a store and the door alarm is triggered, causing a flurry of embarrassment and accusing stares from fellow shoppers while security or store staff attempt to deal with the situation.

Tag Pollution is caused by EAS tags not being de-activated – either at the point of sale or even another store altogether. Some new systems either do not alarm from “tag pollution” or they produce a specific alarm when a customer enters the store with a non-deactivated tag so store personnel can remove or deactivate it so it doesn’t produce a false alarm.

A detacher is used to remove re-usable hard EAS tags. The type of detacher used will depend on the type of tag. There are a variety of detachers available, with the majority using powerful magnets.

Any store that uses retail security systems and has a detacher should take care to keep it secured such that it cannot be removed. Some detachers actually have EAS security tags inside them, to alert store personnel of them being removed from (or being brought into) the store.

As the internet develops and sharing of information, in particular video, becomes easier, it’s become very easy for anyone to look up how to deactivate tags, source detachers etc.

The Concept Tag arrives. Dubbed as the “World’s most secure EAS tag”, its almost impenetrable anti-theft design makes it resistant to even the most persistent and determined of thieves and will go a long way towards retail loss prevention.

At the 2015 Retail Fraud Conference in London, Tony Sales, dubbed “Britain’s Greatest Fraudster” admitted that he had not managed to find a way to illicitly remove a Concept Tag from a garment, either in-store or elsewhere.

The Concept Tag signals the start of a new chapter in the history of EAS tags and electronic article surveillance.