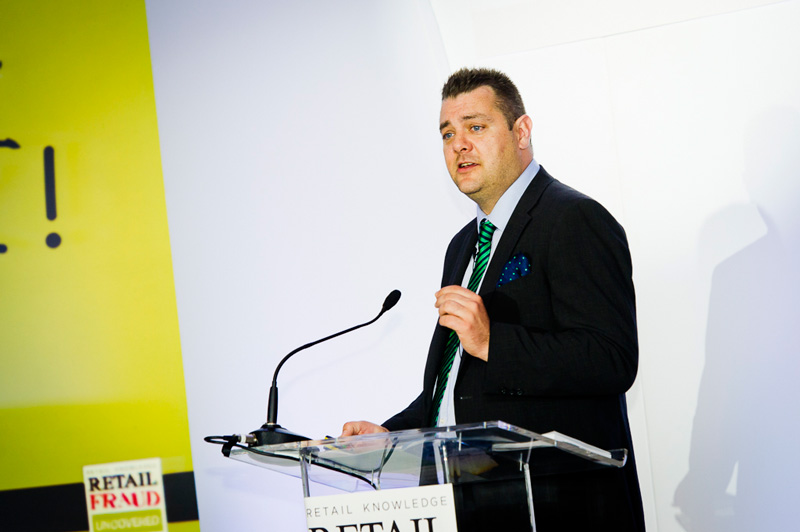 Tony Sales – the man the British media famously dubbed “Britain’s Greatest Fraudster” – and Tim Edwards, Director of Loss Protection at JD Sports & Fashion Group Plc., will be taking to the stage at Retail Fraud – London… for a joint presentation!

The two, whose enmity was once legendary on the international Loss Prevention circuit, will be presenting the results of their independent testing and evaluation of Agon’s new Concept Tag.

JD Sports first started testing the tag 18 months ago, in their flagship store in Westfield.

In January of this year Agon also invited Tony Sales to apply his inside knowledge of how criminals would go about defeating the system to not only test the tag, but the whole supply chain; including the manufacture and distribution of the system’s unique de-tagger.

Tim Edwards comments: “Over the 18 months we have worked with Agon, we have suggested a number of tweaks that will allow Agon to realise their goal of providing the ultimate EAS tag to the retail community. I am looking forward to sharing the results of our trials.”

Tony Sales commented: “I feel that the Concept Tag could potentially be an exceptionally effective loss prevention tool, providing massive benefits to the retail industry.

Tim and I have now both tested the Tag from different perspectives and by coming together can give a complete picture of what the Tag can be expected to deliver in a retail environment based on physical tests and rigorous, real world trials, rather than supposition.”

And what about the relationship of the two men now?

“Sure people know that Tim and I have not always seen eye to eye,” says Sales. “I think a lot of that was because for many years we were on different sides of the law! But now I believe that we have developed a mutual respect. And in any case, sharing the results of the Concept Tag trials is too important for the industry as a whole to let any personal differences get in the way.”

Visitors to Retail Fraud – London on the 23rd April 2015, will have the chance to see the Concept Tag for themselves, as well as be presented with the results of the rigorous tests.

In January MD of Agon Systems, Sean Welch said “We asked Tony Sales, a former mastermind of organised criminal gangs, to work with us. We wanted him to use all of his knowledge and expertise to try and “break” the Concept Tag; because if he can’t, then frankly nobody can.”

In just a few weeks’ time, we’ll find out if he succeeded..!

Find out more about the Concept Tag.

Retail Fraud shows are the definitive event for all aspects of physical and technological fraud prevention within the retail and online environment. http://www.retailfraud.com/retail-fraud-show/