Retail Fraud – London was the scene of a remarkable event this year.

I cannot recall hearing a hall filled with senior loss prevention professionals cheer before. They are not given to such spontaneous outbursts. But cheer they did, as Tim Edwards, Profit Protection Director at JD Sports spoke.

But it was not just the outbursts in support of Edwards, or the unusually long applause given at the end of the presentation that were remarkable. On stage with Tim Edwards was his old nemesis, Tony Sales… the man Rupert Murdoch named “Britain’s Greatest Fraudster.” 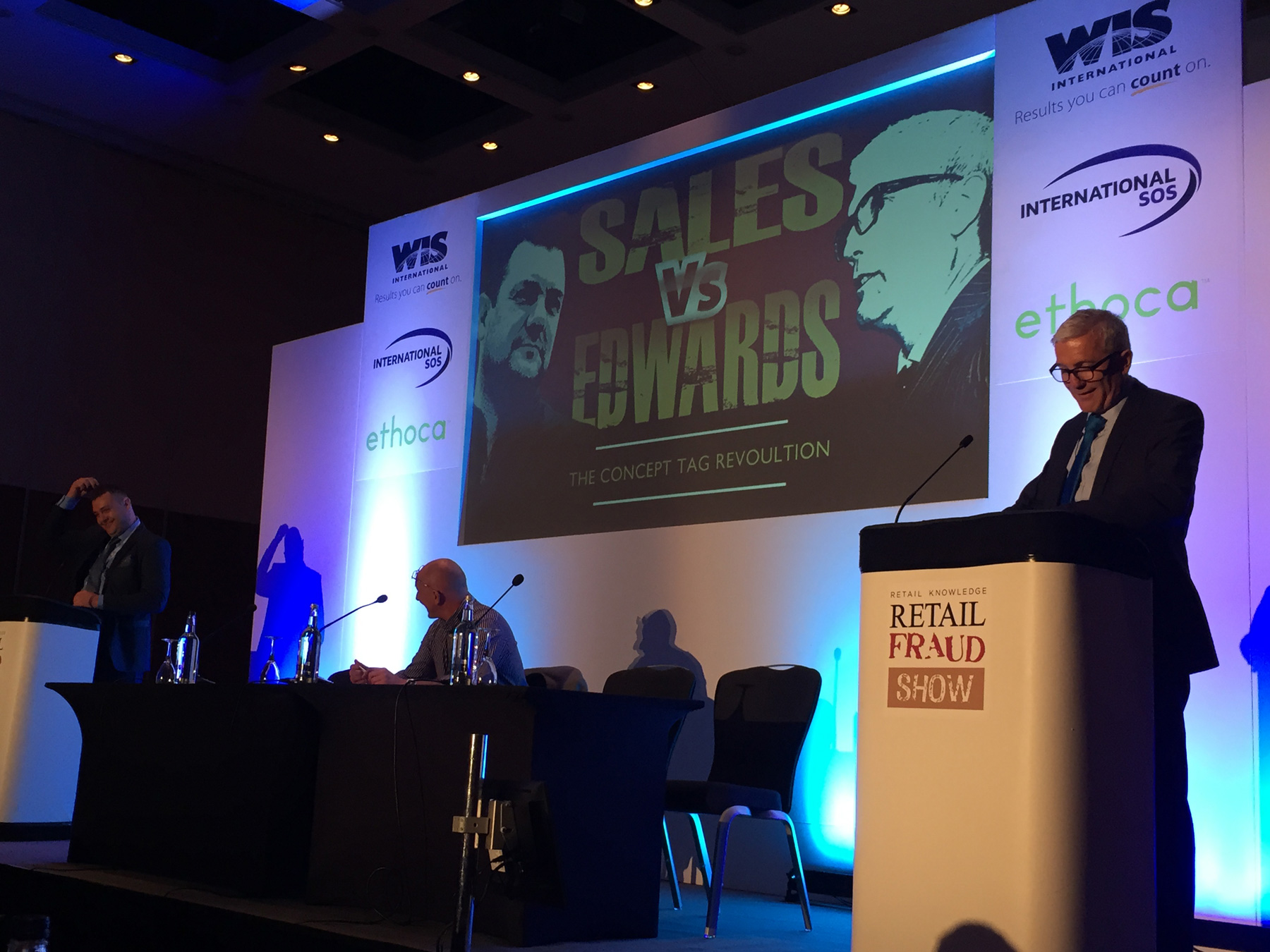 It seems that Edwards had spent 18 months collaborating with Swiss manufacturer Agon Systems over a new EAS tag called The Concept Tag. Following tests in one of JD Sports’ flagship store in London, Edwards reported the  displacement of crime to other stores (including his own not using the new Concept Tag). He went on to say that ROI would be achieved in under 12 months and concluded by announcing that JD Sports would be looking to roll out the new system to its entire, international estate – such, he boldly asserted,  was the impressiveness of its performance.

However, Agon Systems had also made a bold move. They hired former criminal mastermind, Tony Sales, whom together with his accomplices is alleged to have stolen an estimated £30,000,000 from retailers over a six year period, and gave him carte blanche to do whatever he could to beat the tag or acquire a detagger. The stakes were high. Edwards considered the Concept Tag unbreakable… making Sales even more determined to break it!

Despite having never failed in penetration tests in the field, Sales admitted that he had not managed to find a way to illicitly remove a Concept Tag from a garment, either in-store or elsewhere, without rendering the garment valueless. “Whilst I am not saying that it is impossible to find a way around this tagging system, I can’t imagine anyone being prepared to put that much effort into it, especially when there are far easier ways of making money if you are a criminal” said Sales.

Edwards proclaimed the result, billed in the style of a boxing contest between the old sparring partners as the EAS Championship, a “knockout” commenting “This time the good guys win. We had reached a point where EAS was no longer a deterrent for anyone but the casual criminal. Now we have the tools to regain the ground that has been lost to shoplifters over the last 15 years.”

The results in favour of the Concept Tag were timely. Just earlier the same day the results of the annual UK Retail Fraud Survey had been released. The Survey showed that shoplifting was the biggest cause of loss for UK retailers, who lost an estimated £5.1 Billion to shrink last year.