Hundreds of retailers passed through the doors at the Novotel London West yesterday to hear a line-up of speakers talk on the biggest issues confronting retail fraud and loss prevention. A highlight of the show was the launch of the 2015 Retail Fraud Survey, sponsored by WIS International, one of the leading global inventory and data collection services companies. 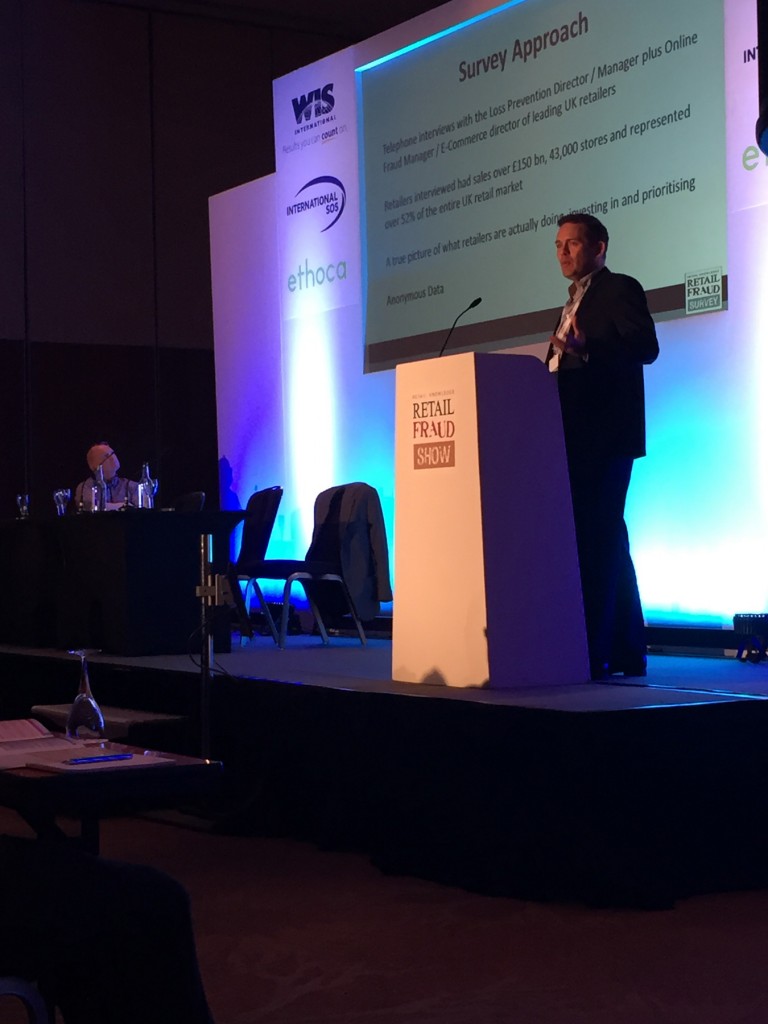 The UK Retail Fraud Survey 2015, now in its sixth year, is the most extensive report into the systems, processes and strategies of the UK’s top retailers. The most significant development recorded by the survey this year showed that online credit card fraud had increased from 43% in 2014 to 55% in 2015. A massive 28% increase and a great loss to retailers.

Paul Bessant of Retail Knowledge comments: “With a record number of retailers visiting the show, Retail Fraud – London has been a real success. There have been some great discussions and debates that have come out of the show, including some major reoccurring themes, such as the importance of a cross-functional, holistic approach to Loss Prevention and the sharing of big data.

“This year’s Retail Fraud Survey also reveals that retailers expect the level of online sales set to rise from 20% currently to 52% in three years. So retailers need to introduce a joined up approach to shrink now rather than later; both online and offline channels need to work together in order to fight retail crime effectively.”

Retail Knowledge, who commissioned the Survey, are organisers of the Retail Fraud conferences worldwide, promoting best practice and leadership in Retail Risk and Loss Prevention.

The study is based on primary research, carried out between January to March 2015, on the processes, systems and strategies used by the UK’s leading retailers. This study represents retailers with annual sales totalling £143 billion, i.e. 49% of the total UK retail sector and encompasses 33,500 stores.

Retail Fraud shows are the definitive event for all aspects of physical and technological fraud prevention within the retail and online environment. http://www.retailfraud.com/retail-fraud-show/